Spotlight on the Teifi Valley

The economy of the Teifi Valley has been in the spotlight over the past year, in part due to the work of a Task and Finish Group set up by Edwina Hart, the Welsh Government Minister for Economy, Science and Transport. The aim was to consider how to encourage and support jobs and stimulate economic growth in the Valley via the establishment of a Local Growth Zone. The group submitted its recommendations to the Minister in November 2013. 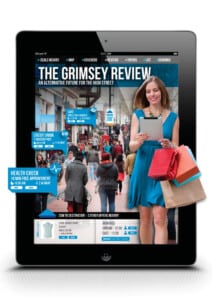 The Teifi Valley covers a number of communities in areas of Ceredigion, Carmarthenshire and Pembrokeshire through which the River Teifi flows. It is an area traditionally driven economically by farming and its related industries. The demise of some of the major processing facilities in the Valley over the decades has left its mark. Other industries have grown in importance, not least tourism, but the economy of the valley is facing some key challenges in an environment that is characterised by an ageing population, relatively low skilled, low paid jobs, and an over-representation of public sector jobs compared to the Wales and UK average.

The business community is dominated by small companies. With the exception of some large key employers, the vast majority of companies are micro-businesses – those employing 0-9 people, making up 92% of registered businesses in the area. There are two cross-cutting themes that support the overall approach presented by the Task and Finish Group, those being the need to make the most of the natural environment and landscape and also maximizing opportunities relating to the Welsh language.

Having considered the recommendations, the Welsh Government has responded positively by supporting the establishment of the Teifi Valley Local Growth Zone. It has also already announced that it will set up a pilot project in the Teifi Valley area to test the concept of Welsh Language Business Support Surgeries and a Welsh Language SME Support Fund.

Outside of the work of the group, anecdotal evidence would also suggest that the traditionally strong market towns within the Teifi Valley are facing challenges, in part due to the changing demographic of the area and also due to the changes in buyer behaviour and habits.

Dewi Williams, Managing Director of Antur Teifi commented, “On the face of it, it would seem that the challenges could mean the area will maintain a relatively weak position economically with all the knock-on social and cultural impacts that come with that”.

”However, there are reasons to be optimistic. We see on a daily basis some truly inspiring and innovative business ideas coming through,“ he added.

Antur Teifi is a supplier of a range of business services to both private, public and third sector clients throughout Wales. It is part of a consortium that provides business support skills and resources to the Welsh Government’s flagship programme Business Wales. Business Wales provides advice to new and existing businesses and has worked with companies in the Teifi valley to get started and to develop and grow.

Dewi Williams added; ”As an organisation employing over 80 people and with its head quarters in the Teifi Valley servicing clients throughout Wales, we see that the key to success for the Teifi Valley is to be outward looking and confident in our collective skills and abilities to trade effectively wherever market opportunities exist“.

Antur Teifi has welcomed the findings of the Teifi Valley Growth Zone.

Through its government contract work, and its role on various working groups set up to advise on maximising the potential for European funding in the area, it is actively engaged in the development of the economy of the Teifi Valley and looks forward to playing its part in developing the economic well being of the area. Kevin Harrington, Head of Development at Antur Teifi leads the company’s approach to finding future development opportunities.

”Whilst we now deliver work throughout Wales, our roots are very much in the Teifi Valley and we believe we have a valuable contribution to make to the development of the area,“ said Kevin. ”We are currently pursuing a number of exciting and innovative opportunities that, if they come to fruition, will undoubtedly benefit companies in the Teifi Valley“.

As part of its programme of work specifically in the Teifi Valley this year, Antur Teifi is planning a discussion event in Lampeter Rugby Club on September 25th. The speaker at the event is Bill Grimsey, former Chief Executive of Iceland, Focus DIY and Wickes. He is the author of ”Sold Out“ and brings an interesting perspective on the challenges facing high streets across the UK.

Kevin Harrington said. ”I’m looking forward to learning about his insights and ideas that should stimulate a valuable discussion about what can be done to refresh town centres. We’re confident that it will be a useful contribution to the development of a vision for the economy of the Teifi Valley“.

For information on the September event, visit the website. www.anturteifi.org.uk. Information on the work of the Teifi Valley Growth Zone working group can be found on the Welsh Government website gov.wales. Dewi Williams concludes ”The spotlight that is currently shining on the Teifi Valley could represent a real opportunity to build momentum in driving real economic change in the area. It will take

co-operation and some out-of-the box thinking, but the raw ingredients are all here”.