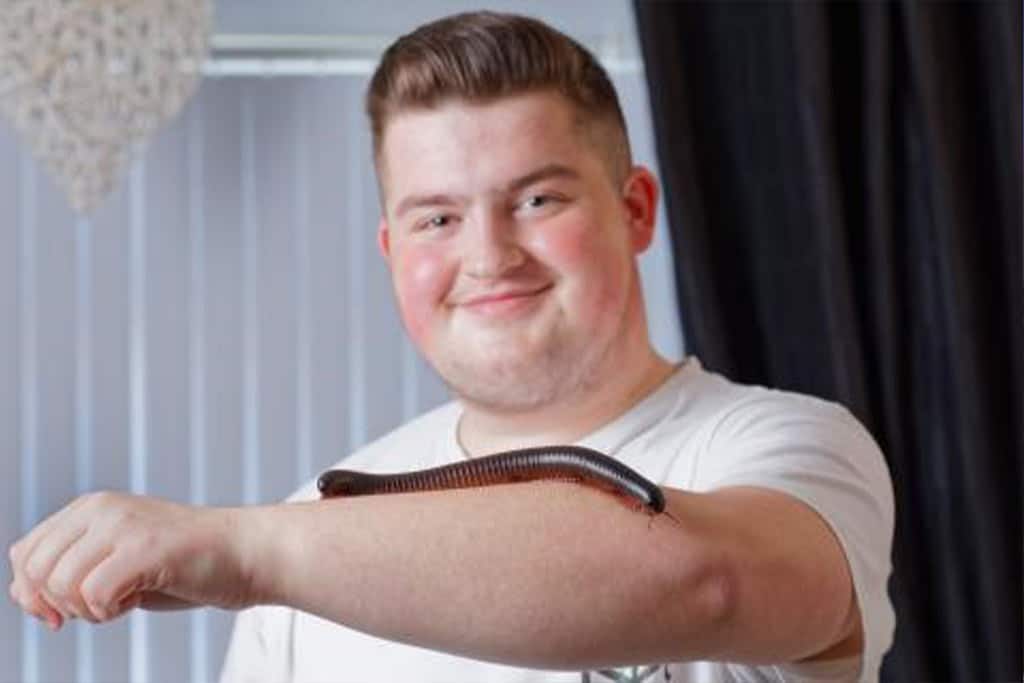 Teenage entrepreneur has the bug for business with entomology venture

A 17-year-old from Llanelli with ambitions to follow in the footsteps of his idol David Attenborough has opened Wales’ first entomology shop, turning his childhood bug hobby into a business.

Cameron Reardon, who is in his final year at Coleg Sir Gâr, founded ethical insect store Bug Box UK at just 16 years old, after spotting a gap in the market in Wales.

Bug Box UK was launched alongside Cameron’s own education, as he is currently studying Public Services at Coleg Sir Gâr, before embarking on a Business and Marketing degree at Swansea University in September.

He said: “I love running my own business and getting to meet lots of different types of people every day. It’s also great being my own boss allowing me to work hard for my own success alongside my studies.”

Cameron continued: “As well as working with me to develop my business plan, Big Ideas Wales always has a great range of events on offer to young businesspeople. I attended an exporting workshop in Llanelli which was very eye-opening, allowing me to understand how to export to different countries in the future.”

Cameron is just 17, still studying in college but somehow is managing to run a successful business. He is a great example of an ambitious and determined young entrepreneur and I can’t wait to see how Bug Box UK grows in the future.