Premier opportunity thanks to Trac

It appears to be a year of milestones in Antur Teifi’s story this year. With Antur Teifi celebrating 35 years supporting the business community in West Wales, this year also saw Antur Teifi’s Trac Employment Services reach an important milestone by securing its 1000th placement since the awarding of the Work Programme contract in June 2011 in partnership with Rehab and Jobfit in Powys and Carmarthenshire. Liam Collins was employed by Bull Art Graphics in Ystradgynlais as part of the Wage Incentive Scheme and has since “become an asset to the company” according to the director, Jonathan Evans.

The company was also delighted in the part they played in Trac’s 1000th success story. But the successes continue. Enzo Smith had been unemployed for six years before being referred to Trac. Financial barriers had scuppered any dreams he had of becoming self-employed. With one knockback after another, his confidence and motivation as well as his dreams, were shattered. Enzo had another barrier that he felt was blocking his chances of success – a criminal conviction.

His referral to Trac changed all that. “Heather and the Trac team actually took time to listen to me” he said. “They got to know me and what I could do. They helped me recognise the type of work that would suit me, and helped me fill in the application forms”. Trac’s faith in Enzo was an important factor in his quest to succeed. “They never took the hard line with me” he added. “They just kept reassuring me that if I was truly committed that the opportunity would come, and it did”. With this new found confidence, Enzo actively set about looking for work and eventually secured a position with The Premier Inn in Swansea. And, after just ten months, he has
been offered the opportunity of an apprenticeship in Hospitality and Management.

Laura Mustoe, the Operations Manager at Premier Inn is full of praise for Enzo “Since taking him on Enzo has been a breath of fresh air“ she said. “He’s been given an opportunity and has really taken it with both hands. He’s a natural leader who I can see going on to bigger and better things”. Enzo’s aim now is to complete the apprenticeship and work towards promotion within the Premier Inn organisation.

But as delighted as he is with his own success he is determined to help others in his situation. He hopes that his employer will be open to the idea of promoting positive work experience to socially and economically inactive individuals to help them prosper, just as he has done. Enzo and Liam are truly inspiring examples to all of how working with Trac can lead the way to a brighter future. 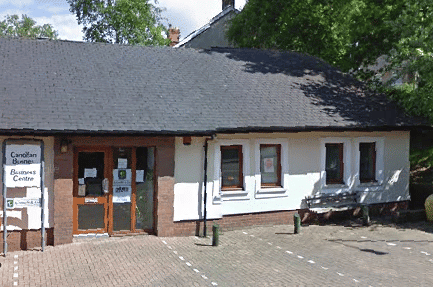